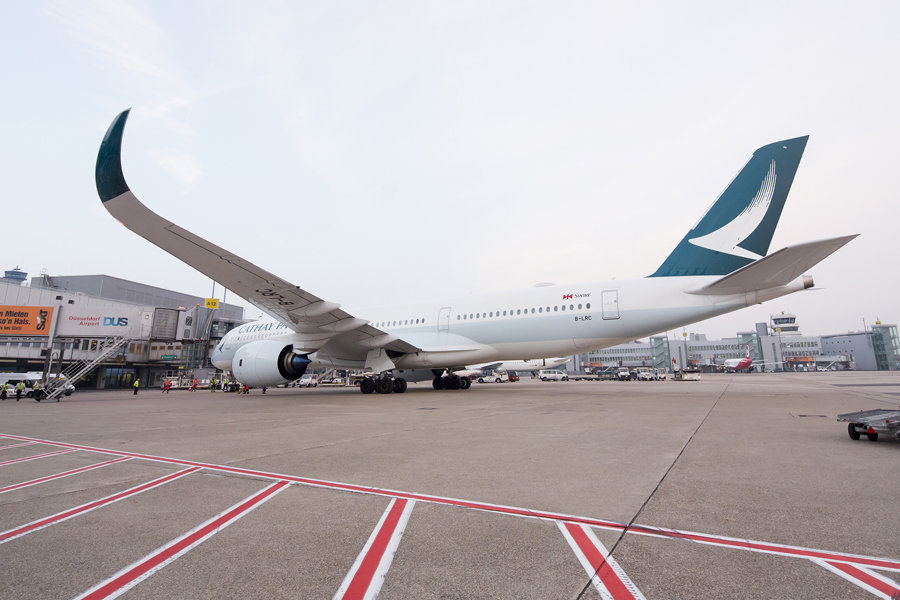 Cathay Pacific Airways today announced that it will expand its global network with the launch of a new four-times weekly service between Hong Kong and Tel Aviv, the international gateway to Israel, from 26 March 2017 (subject to government approval).

“We are excited to be launching a direct link to Tel Aviv, which has established itself as a culturally rich and technologically-advanced business capital. As an important market in the ‘One Belt, One Road’ initiative, Israel offers tremendous potential for business and leisure travel. Together with the recent launch of our Madrid and Gatwick operations, this new service to Tel Aviv reflects our commitment to growing the Cathay Pacific network and further strengthening Hong Kong’s position as one of the world’s great international aviation hubs.”

The new service, which will be operated by Cathay Pacific’s Airbus A350-900 aircraft, will provide greater convenience for business and leisure customers travelling between the two cities and give passengers travelling from Israel easier access to key destinations in Asia and Southwest Pacific through the airline’s hub in Hong Kong.

Tel Aviv is Israel’s largest commercial and technological hub and is recognised as one of the world’s leading financial centres. Often described as “the city that never stops”, the coastal metropolis lies within easy reach of ancient Jerusalem, and each year draws millions of leisure travellers from around the world thanks to its diverse culture, thriving arts scene and renowned nightlife.

The city forms part of the wider Tel Aviv Metropolitan Area – also known as Gush Dan – which is home to 3.5 million residents, representing over 40% of the country’s well-travelled population.

The features of Cathay Pacific’s new A350-900 aircraft take the passenger travel experience to a new level. The design of many of the cabin features has been carefully considered to give passengers the best sleeping experience, the best entertainment, and to offer them greater control over how they want to use the space, whether for working or to relax.

Cathay Pacific has five A350-900s in service, and by the end of next year will have taken delivery of a total of 22. The A350-900s will form the backbone of Cathay Pacific’s mid-size long-haul fleet, is currently in operation on the airline’s Düsseldorf and Gatwick routes. It will commence deployment on services to Auckland and Rome this month, while Paris and Vancouver can look forward to welcoming the Cathay Pacific A350 from November and March next year respectively.