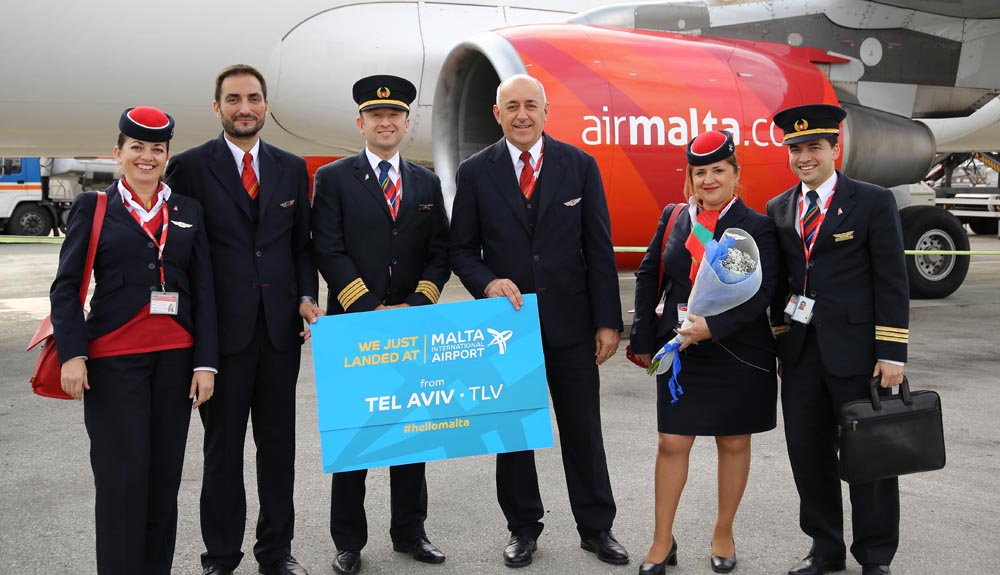 This service, which will be operated with up to three times a week on alternating weeks, will connect Malta with Tel Aviv’s Ben Gurion Airport. The launch of this route continues to enhance Air Malta’s position as the leading carrier connecting the islands to important regions in Europe and across the Mediterranean.

As is customary, passengers on board the aircraft were greeted with a cake-cutting ceremony inside the terminal to celebrate this new connection. This is the first Israeli route on Malta International Airport’s schedule, further enhancing its network to the Middle-East.

“We are proud that today we have reached another milestone and managed to inaugurate Tel Aviv as our new scheduled destination for this year. We offered this route as a charter destination for years, working closely with leading Israeli tour operators. Now that the market has matured enough, we are confident that the inauguration of this route as a scheduled service will translate in new opportunities for both countries”.