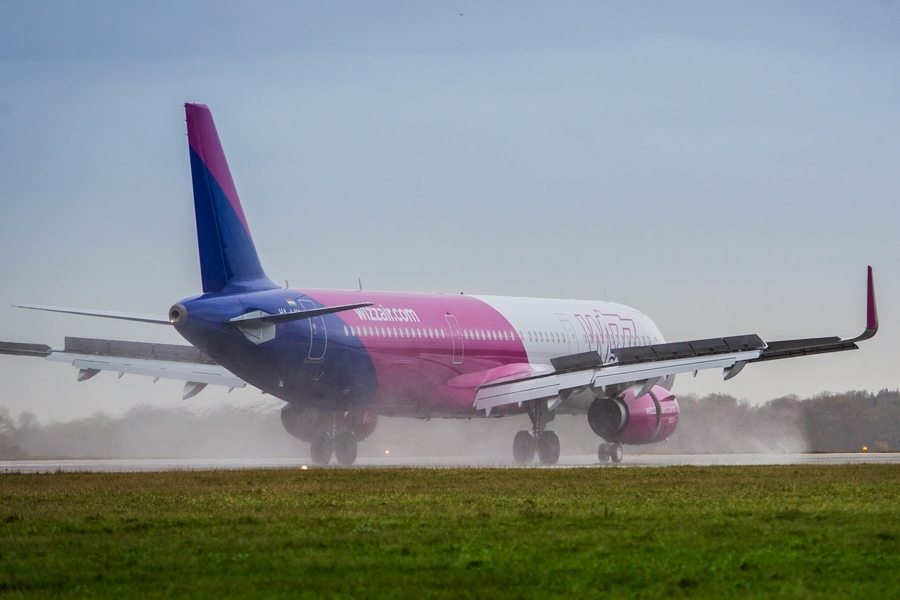 Wizz Air announced that it has converted 26 of its future Airbus A320 deliveries to the larger Airbus A321 aircraft.

The airline currently has a fleet of 45 Airbus A320 aircraft and the partially-converted order will accommodate its ongoing route network expansion.

The Airbus A321 is the largest member of the A320 aircraft family, and has a longer range compared to the A320. While it has the same wingspan as the A320 it is 7m longer and can accommodate 40 additional passenger seats per aircraft which will help catering for the demand on the most popular routes and allow Wizz Air to maintain low ticket prices. Recently Wizz Air announced new routes with longer sector length, expanding to countries such as Israel, Azerbaijan, UAE and Russia. These larger aircraft are expected to fly on some of these new routes.